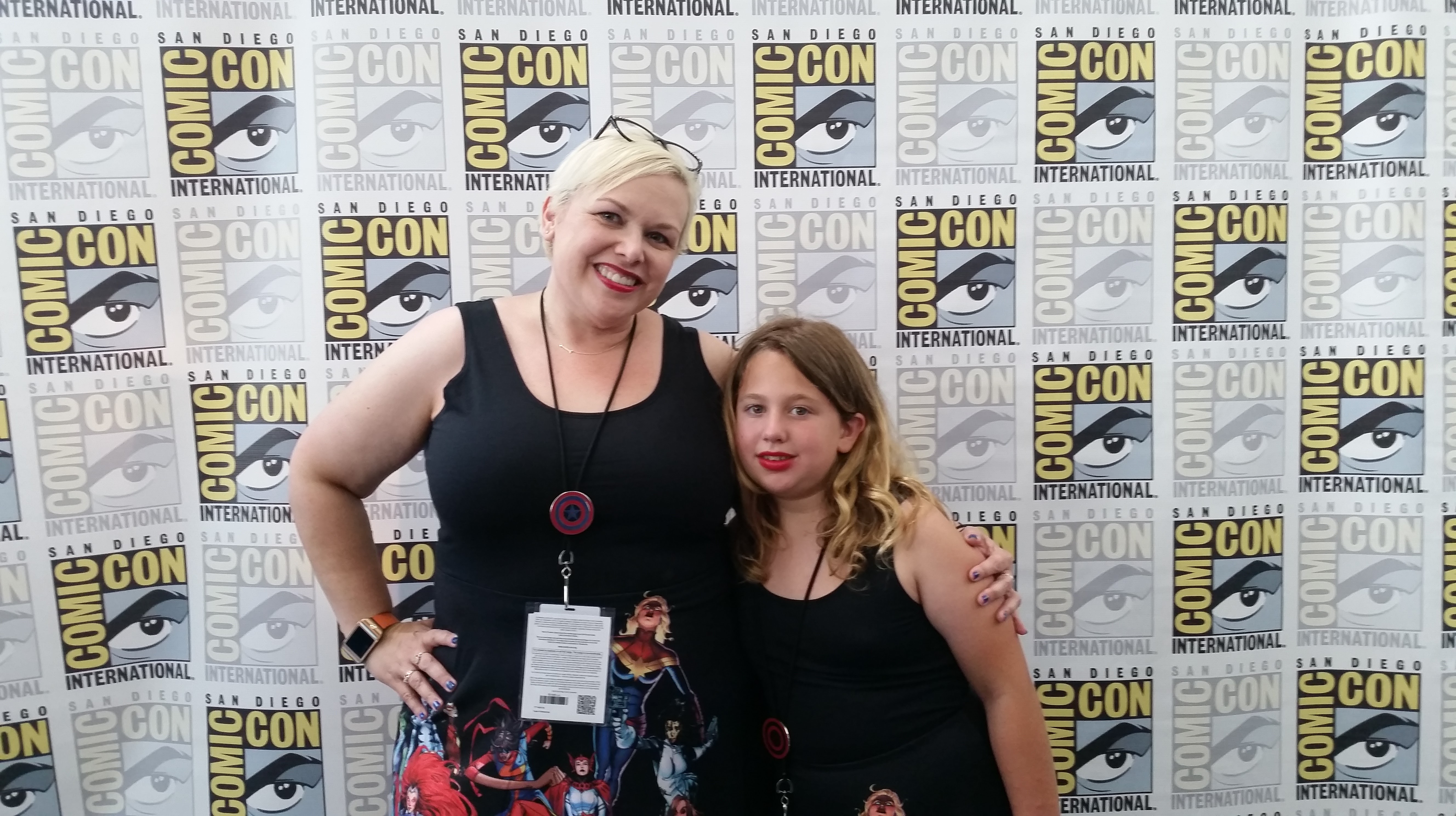 This year’s SDCC had a lot of offer on the floor.  From costumes to movie props and a big honkin’ statue of Cap, the floor had a lot to do and see as per usual at SDCC.  So let’s get to it!

First off, the most important part of the floor for Scout and me, the fashion choices!  We Love Fine and Her Universe had two booths each, one in the Star Wars area and one on the floor on kind of a fashion row.  Here are some snaps of the offerings:

We picked up a great ladies of Marvel dress by Her Universe from Loot Crate, which we wore on the floor.

When I was wearing my Rey dress by Elhoffer Design, I came across a very expensive replica prop of her staff.  The guy manning the booth was nice enough to let me pose with it.  I apologize for the blurry pic.  You never know what the photo taking skill is of a total stranger on the floor, but I was nonetheless grateful for the picture.

The Lego booth, as always, had some fantastic Lego creations that you could pose with.  Scout and I got some pictures with Cap:

There was also a shield you could take a picture holding.  Good thing it was bolted to the floor…

The biggest and most awesome sight on the floor was the Cap statue, celebrating his 75th anniversary.  The statue is now on display in Brooklyn, but SDCC got a preview.

Next time will be our last report from SDCC, all about our panel and our cosplay.