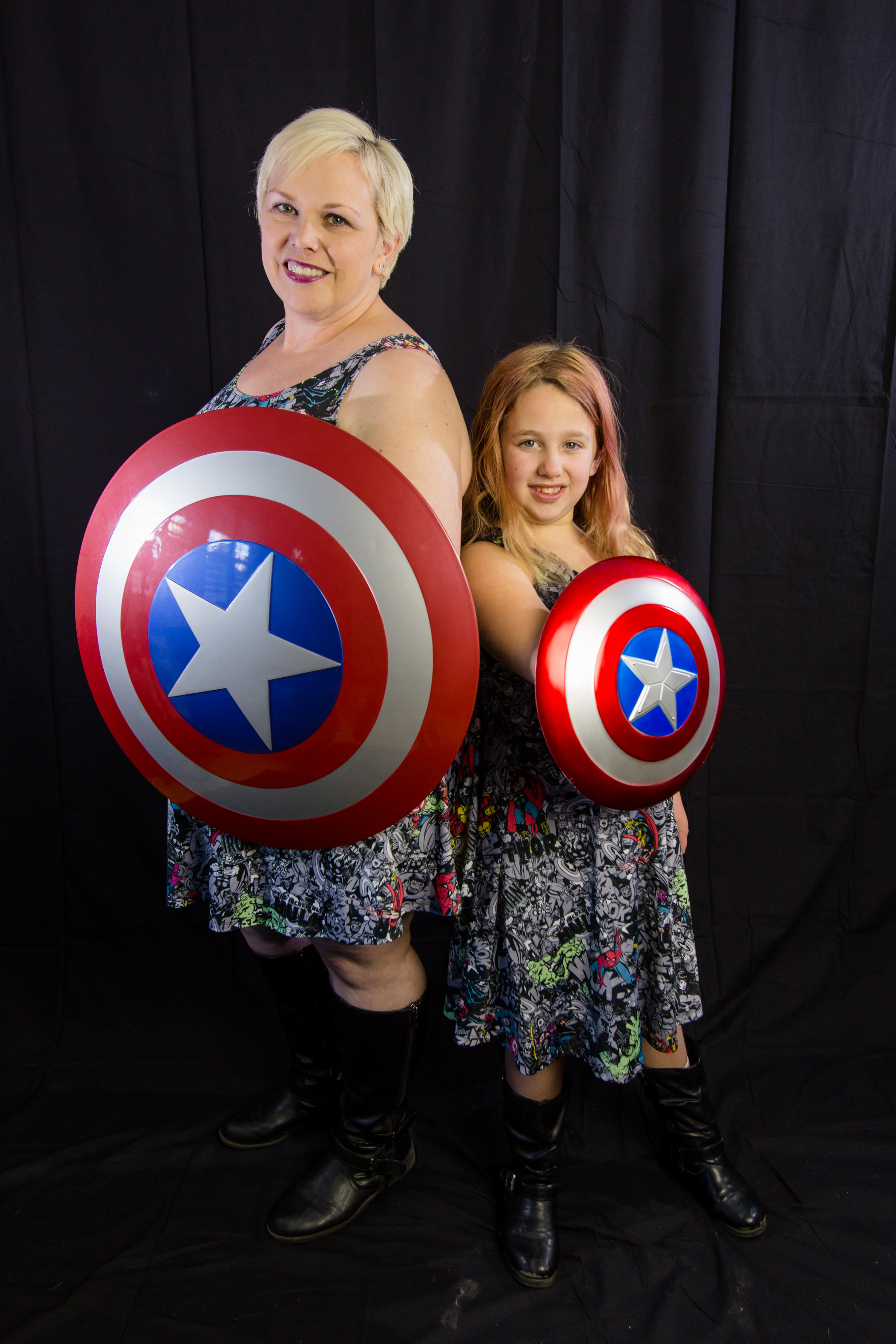 *This is a repost from earlier in the year, but to celebrate the opening of “Captain America: Civil War”, I thought this could use a revisit.  Scout and I are firmly Team Cap!

Recently, I had a terrible cold and had to spend several days at home recovering and not spreading the joy of the cold around.  I spent that time watching my favorite movies, which included Captain America for the most part. Around the same time, I finally commissioned a Captain America cosplay.  During my first fitting, Lauren, of Castle Corsetry fame, asked me, “Why Captain America?”  I hadn’t really thought about it before.  Why is Cap my favorite super hero?

My geek life began with Star Wars when I was nine years old.  That fandom was pretty much my chief fandom for a very long time.  Comic book reading and collecting passed me by when I was a kid.  I had friends that collected and read comics, but I never got on board with it.  Most likely because the movies based on comic books didn’t capture my imagination until I was an adult.  With the exception of the Arthurian legend, you pretty much have to give me a great movie to get me on board with a fandom.  I don’t know why, but that’s just the way it is with me.  Films really speak to me.  I just love me some movies!

When the first Cap movie was in the process of being made, I thought, “Well, if it gets us to an Avengers movie, then let’s do this.”  I was very unenthusiastic about it, to be perfectly honest.  Scout was a preschooler at the time and had just started going to superhero movies in the theatres.  She wanted to go and was able to sit through a movie at the time, so I would go see the movie first to make sure there wasn’t anything too much for her, then I would take her.  Cap was an exception.  Due to time, I didn’t have time to go see it without her first, so I read some online reviews that break movies down for parents to help them gauge if the movie will be OK for your kid or not.  If you have a little one at home, go to commonsensemedia.org.  Their reviews are great for gauging if your kid can handle a movie or not.  Movie Mom is also a good choice.

So, off we go to see the first Cap movie.  Scout and I loved it!  I walked out and said, “Well, I have a favorite superhero now!”  The heart and spirit of that movie sold me completely.  I have a soft spot for WWII movies as well, since both of my grandfathers fought in that war.  I tend to romanticize it because of the fashions and the music as well.  I loved how Cap just plain doesn’t like bullies and fights the good fight.  He’s too corny for some, but I just loved him immediately.  Scout also loved it for different reasons.  Her review through her five year old eyes was, “He was a little kid like me and nobody listened to him, but he got a chance to be big and strong.  When he was big and strong he fought against bullies and was brave.”  She asked to get a costume after the movie.  She wore that Cap costume out!  That was when she really started to cosplay hardcore.  She cosplayed at movies and of course at cons.  She got a Cap action figure that rode around in her school backpack from her first day of kindergarten on.

After that, we both became pretty much Cap obsessed.  I have so many Cap leggings, dresses, toys, etc. that I should be embarrassed.  But I’m not.  I everyday cosplay Cap constantly.  I just really love what he stands for.  I absolutely get why he is such an enduring character in the Marvel universe.  Cap was a gateway to comic reading as well.  Now, let’s just say Scout and I have quite a pull list!

So, it is no surprise that my first opportunity to cosplay, I called Cap and was off and running.

Cap was the first character that Scout and I discovered together and grew up in our fandom with together.  He has a lot of meaning to both of us.  There are a lot of great lady superheroes and tough chick characters out there to enjoy as well, but don’t dismiss the guys just because they’re guys.  I love that geeky universes are including us ladies more than ever before.  I just see that as double the opportunities for a character to capture your imagination.  The inclusiveness makes this time we find ourselves in the greatest time to be a geek, and the best possible time to raise a geek.

Scout and I are having the time of our lives, and we love sharing these times with you!