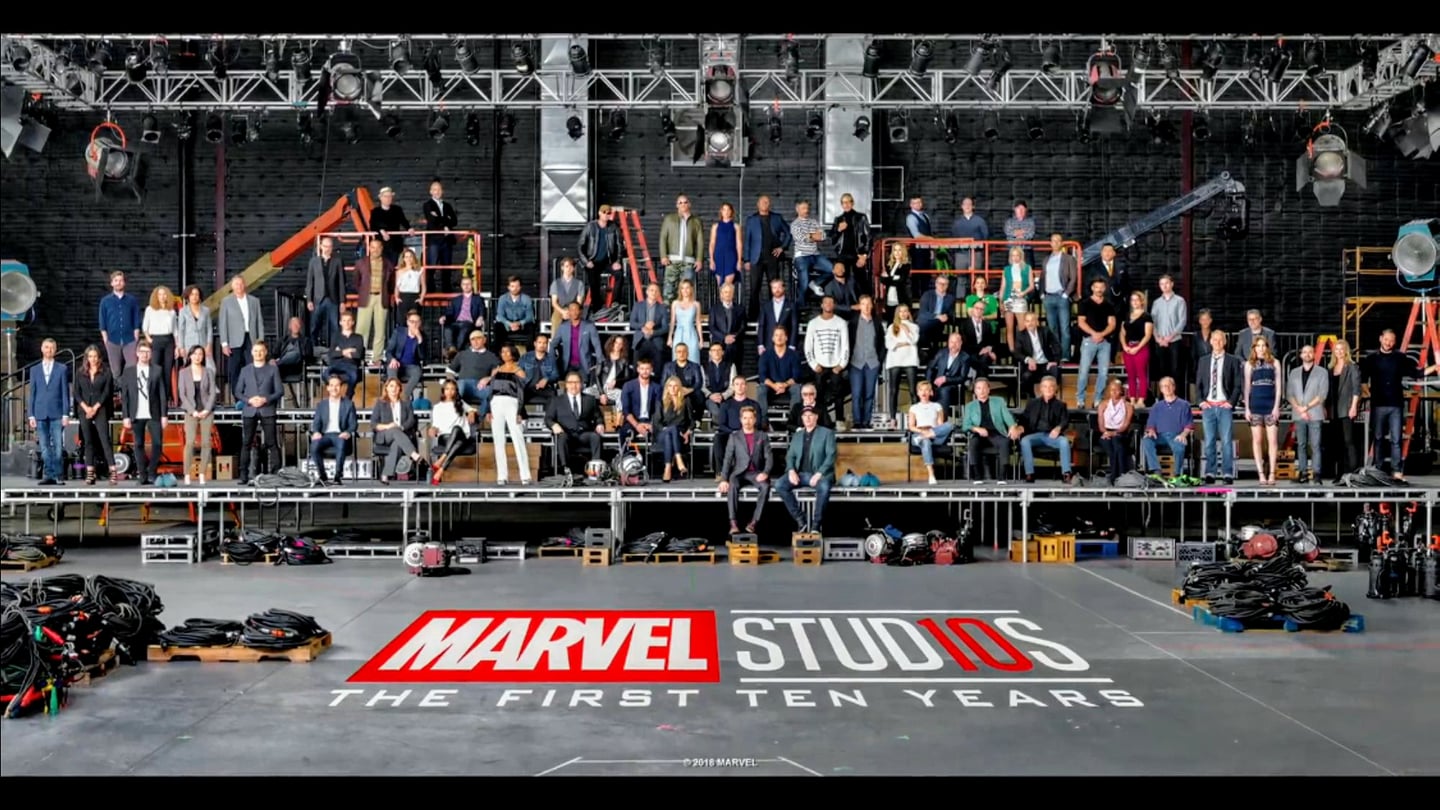 This year marks the 10th anniversary of Marvel Studios.  What began as a huge leap of faith for the studio, has paid off in every way imaginable.  Marvel Studios decided to take their “second string” heroes and move them up to top billing.  The studio planned a long-game, ending their Phase One with “Marvel’s The Avengers” in 2012.  The movie was a game-changer.  Then they continued knocking it out of the park to the present day.  What the next phase after “Avengers: Infinity War” will bring is anyone’s guess, and there is a lot of guessing going on, but we have to wait and see.  I think even non-comic book movie fans can admit that the movies have been quite an achievement.

To explain, I need to take you back ten years and then five years ago.

Ten years ago, I had a two year old kiddo that I had already begun to raise as a little nerd.  She loved Star Wars already, and was becoming increasingly obsessed with Spiderman animated series on TV.  She wanted a Black Panther movie before the rest of us knew we wanted one.  I was still married at the time and was still attending Comic Con International by myself every year.  I loved going, but I was lonely.  I wanted to get a seat at the table, so to speak.  I was still primarily a Star Wars and fantasy nerd and not very knowledgeable of the various comic book universes.  I saw “Iron Man” and really liked it.  I was interested in what the Avengers would bring to the table.  The kiddo and I started to discover the movies together, which changed everything.

Both of us were entranced by these movies.  We discovered Captain America together.  That was the first super hero movie I didn’t pre-view for her, so we just fell in love with the film at the same time.  By the time the Cap movie was released, Marvel Studios had already begun tying in each movie with the others and having cross-over appearances from characters.  They created a cohesive universe, into which I found myself falling in love with every bit of it.  The Arthurian nerd in me realized that the MCU is a modern-day reimagining of the Arthurian legend, which if you know me at all, really speaks volumes to me!

Then five years ago, I had one of the most horrible years imaginable.  My husband of 20 years left me and three months later, I lost my father.  Yeah, it wasn’t OK in my world.  What does this have to do with Marvel?  Nothing really, but to me they tie together.  Let me explain.

The rug was ripped out from under me, so I had to truly start over.  I needed a new life, or I was just going to fade away, to be honest.  I was tired.  So tired.  I had no friends really.

So, I jumped into the nerd world with both feet and began to meet people and make friends.  Again, what does this have to do with Marvel?  Well, I met other nerds, and what do nerds talk about?  Movies!  Then cosplay came into my world and more Marvel influences and so on, and so on.  The movies helped by giving me a social circle.  Through that tribe, I got the confidence and positivity to just try new things (like cosplay for one).  Meeting my tribe and spending time with people that are like-minded and passionate about things let me relax and be myself.  They encouraged me, and in turn, I found my long-lost confidence.  I started to get my picture taken and not hate it!  Heck, this blog exists because of Marvel movies.

So, this anniversary means a lot more to me than it might to some others out there.  It is a celebration of a great undertaking that changed the movie industry and changed my life at the same time.  A little silly?  Yeah, maybe.  If you think so, that’s cool.  I am confident enough now to not sweat it much.