Our last SDCC recap is the Her Universe Fashion Show, which took place at the Regency Grand Hyatt on Thursday evening.  This year’s show marked the fifth anniversary of the show.  We’ve attended every year.  This year brought some wonderful designs, as always, inspired by all kinds of fandoms from Godzilla: 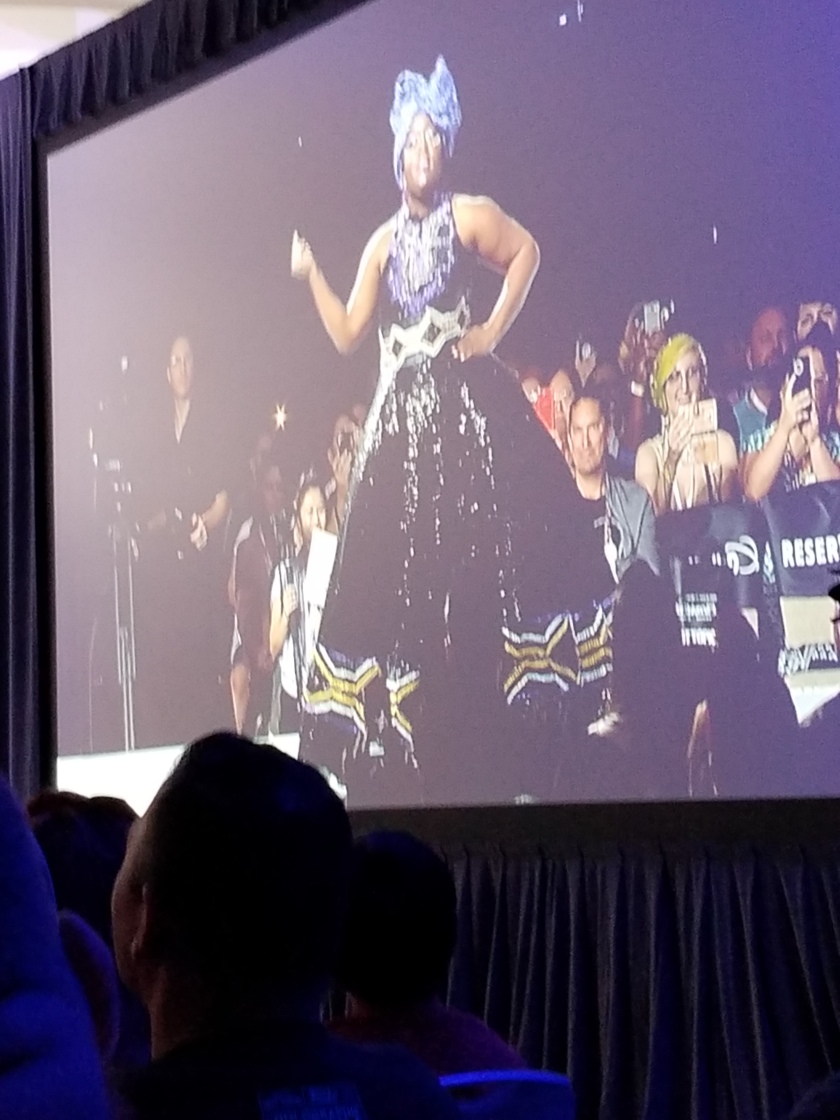 Ashley’s dress was also an incredible creation inspired by “The Nightmare Before Christmas” using over 500 Funko Pops!  The dress weighed in at 40 pounds, almost double that of her Lego dress from two years ago. 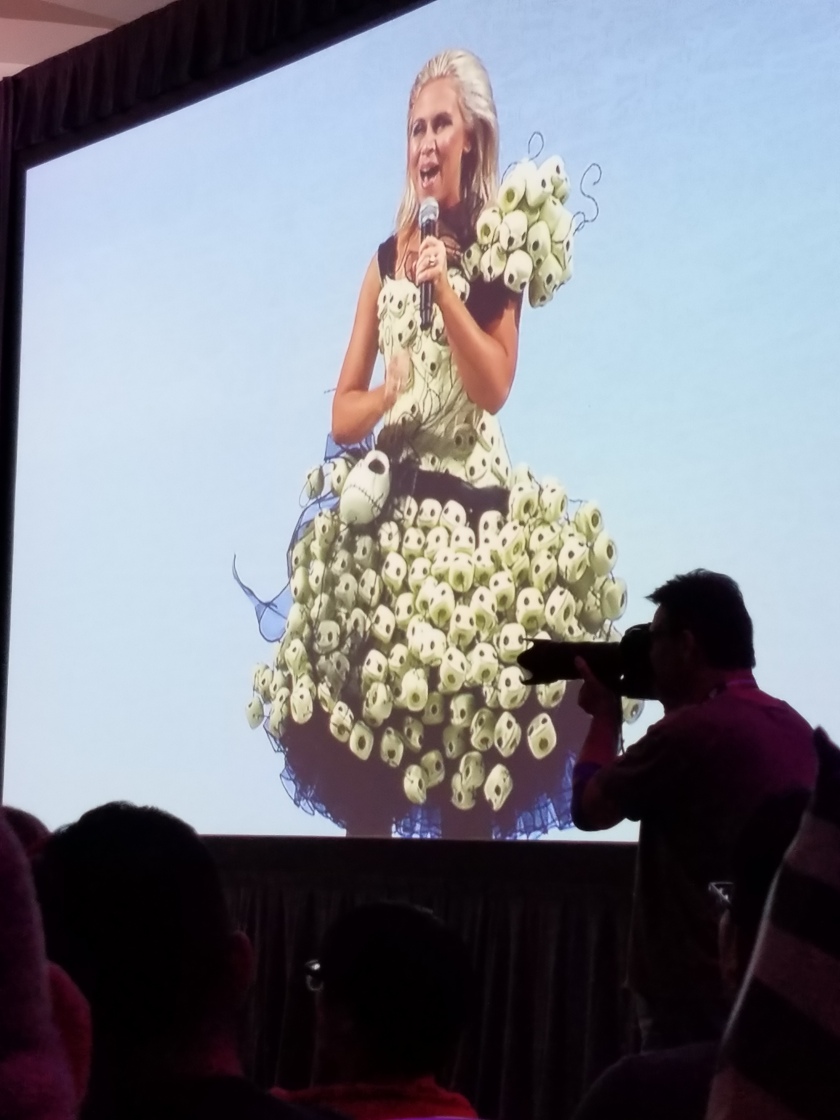 There was an incredible surprise in the middle of the show, the 13th Doctor, Jodie Whittaker herself, walked the runway in her new costume.  Whittaker stated on the runway that she had input in the design which needed, “To be comfortable, of course.” and also, “Anyone can cosplay this.  You aren’t cosplaying a woman.  You aren’t cosplaying a man.  You are cosplaying The Doctor.”  Her Universe released their own 13th Doctor coat at SDCC, so we can all cosplay The Doctor.

Her Universe also released a special Clone Wars collection to celebrate the return of “Clone Wars” with 12 more episodes! 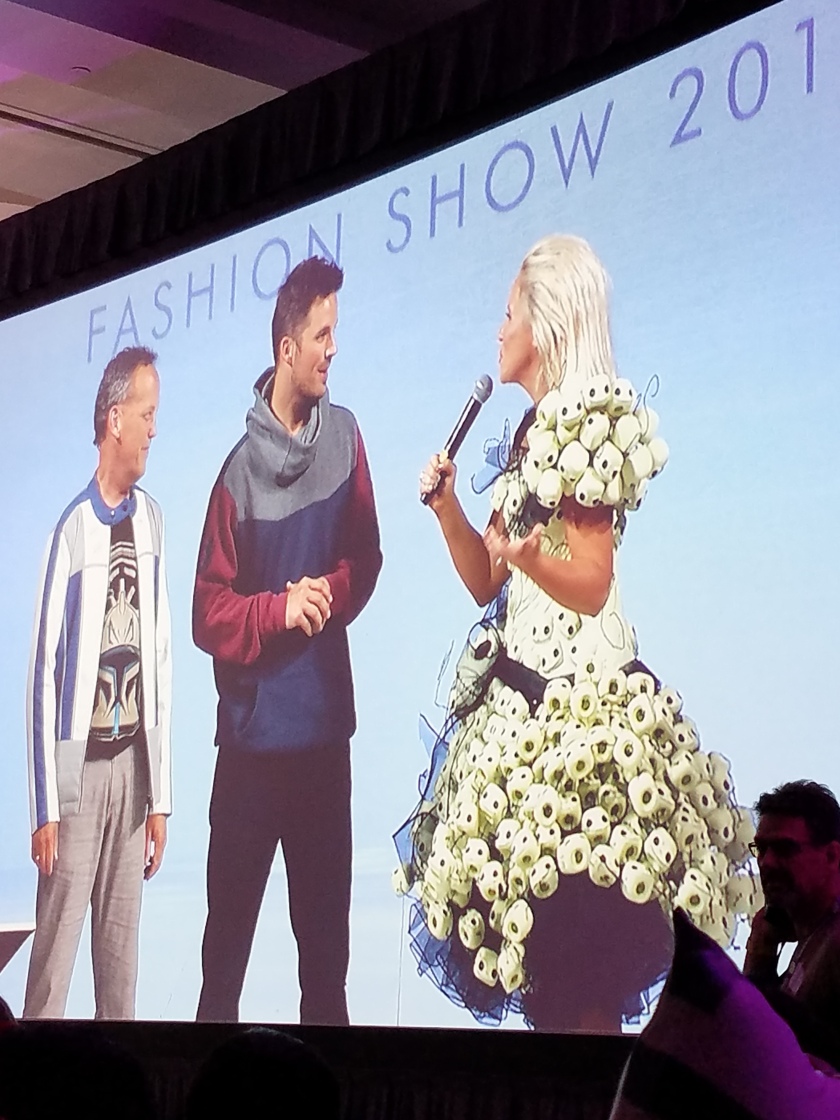 It was an incredible show, and as always, the designs did not disappoint.