For our first recap, we are taking a look at John Barrowman’s Tardis cosplay dress designed by Elhoffer Design.

John’s dress is super cute and was a huge hit at SDCC.

Because response was so overwhelmingly postitive, Elhoffer Design has made a dress available for pre-orders.

The dress is, as with all Elhoffer Designs, super stretchy and comfortable and flattering to all body types.  The dress is size-inclusive in women’s sizes up to 3XL.

If you would like a dress of your own, then jump on it and order it here.

Pre-orders determine how many of each size will be ordered, so if you want to make sure you get one, you have to pre-order it.  Also, the pre-order price is discounted a bit. 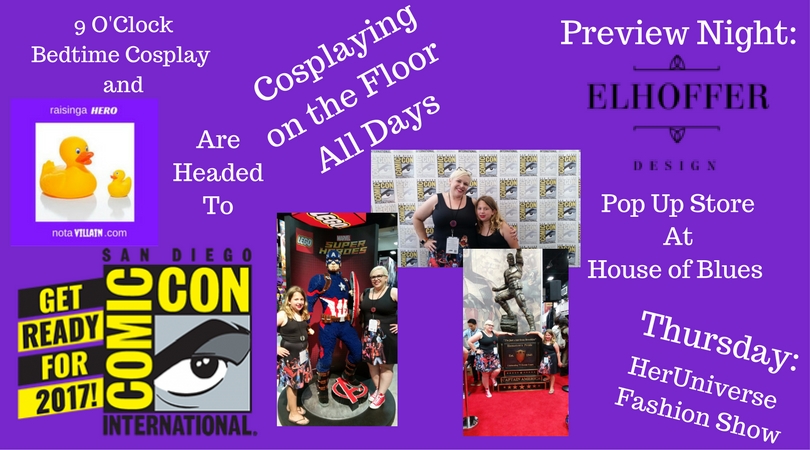 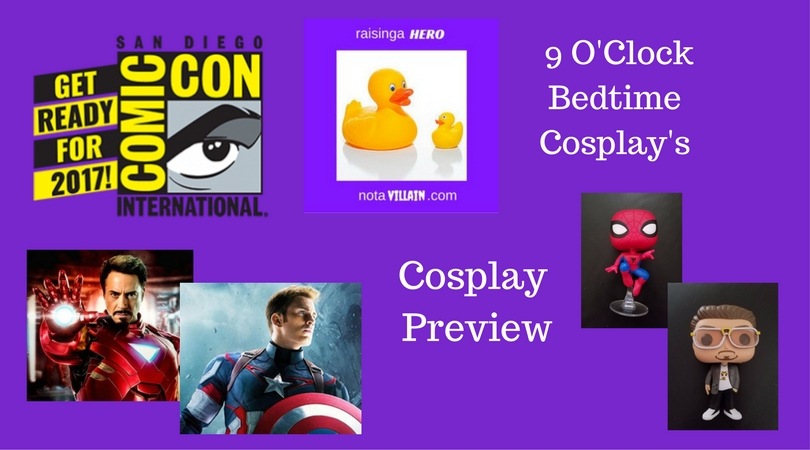 Come and find us during SDCC!

Here are our potential cosplays, weather and time permitting, for SDCC… 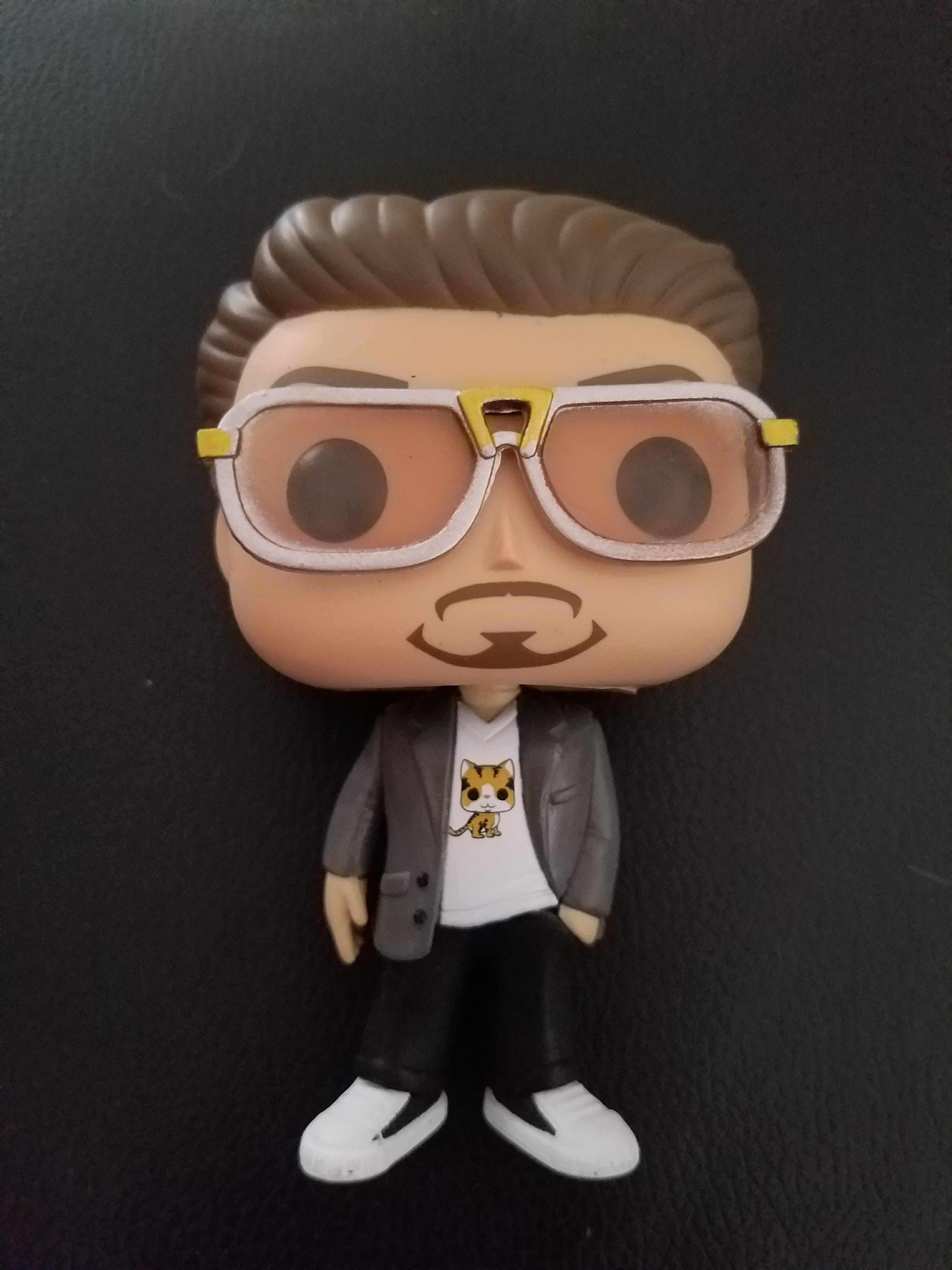 OK, I sat on this for a couple of weeks before writing about it to get a grip on what went down.  So, here goes…

The kiddo and I have two new cosplays for “Spiderman: Homecoming” that we will be showing off in a later post.

We based these cosplays on these two Funko Pops for Spiderman and for Tony Stark:

Meantime, some of my other cosplay buddies started to work on their own Spidey Homecoming cosplays, including Tony Stark.  This person posted a picture of their new cosplay, which looked amazing.

In the comments, there was a question as to the source of the cat t-shirt.  A little background, the one in the film is a photo of a cat on Tony’s shirt.  On the Funko, it is a cartoon cat.  I couldn’t find a photo cat shirt that was similar, so I went with styling my cosplay on the Funko instead.  I put a comment to the person asking where he got the shirt with the source of my cat shirt since I also had a Tony cosplay, but it was based on the Funko.

I got the following comments back from the other cosplayer:

I responded, with “That isn’t necessary.”

To which he responded:

“Yes it is.  Your cosplay isn’t accurate.”

Wow.  I’m not sure when the “Play” got lost in cosPLAY, but that was my personal experience.  I also witnessed in this week alone two more instances where friends of mine proudly posted pictures of their new cosplays only to have them picked apart and ridiculed and then “helpfully suggested” where and what they should do to improve their cosplays.

I took care of my issue by a quick unfriending and leaving his cosplay group page, which had become increasingly militant over the past few weeks anyway.

Now, what if my kiddo had gotten this on her Insta page?  Or your kids have this sort of thing happen?  We can’t stop it, but we can give our kids the tools to deal with this negativity effectively and without taking a blow to their self-esteem.  Because at the end of the day, this isn’t about me or them.  It is about the insecurity of the person writing the nasty comment.  What their issues are do not matter, but our response to them does matter.

I showed my kid that quietly unfriending someone so negative and just plain moving forward, is the best way to go.  I also told her that my cosplay still remained fun and yes, accurate (to the Funko anyway).  He does not have the power to undo the work I did on the cosplay or the fun I will have cosplaying it.  I further explained that I feel sorry for a guy like that.  I mean, how much fun is he having really?  Not much, I’m guessing.

As we prepare for SDCC in two weeks (OMG! that soon?!), let’s all simmer down a bit and remember that it is cosPLAY.  Enjoy it.  We get made fun of enough by muggles; do we really need to pick on each other?