OK, so the kiddo and I got to go on the trip of a lifetime, to London!  Going to London has long been a dream of ours, and we had the best time!

First stop on our trip was to the Tower of London! 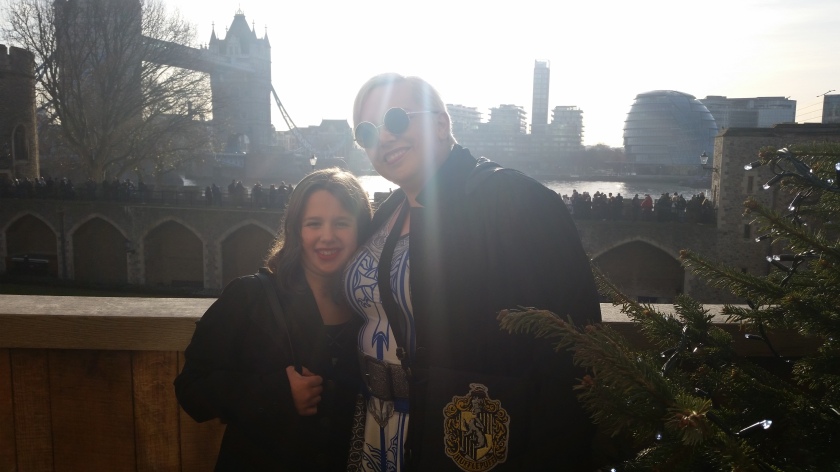 The view from the Tower grounds to the Tower Bridge was amazing.  It was so cold, but totally worth it!

The site is not just where the torture happened and the head’s got chopped off, but the White Tower (the main building with the four spiers) was a palace at first, then a place for royal coronations and then finally became a prison to the kingdom’s most notorious criminals.  The museum is home to the crown jewels now as well (no pictures allowed in that room).  The site also houses suits of armor worn by Kings and noblemen, swords and weaponry of all kinds and the famous block and axe, the rack and other various torture devices that were shudder-inducing.

We also got to go into some of the cells where prisoners made elaborate carvings in the walls as they awaiting their fates.

Please enjoy some great pictures from the day.  Enjoy!