In continuing our recaps of SDCC 2016, Scout and I wanted to talk about the Her Universe Fashion Show.

The show is in its third year, and has quickly become a highlight of the con for Scout and me.  We look forward to attending every year and make sure we dress accordingly.  Here’s what we wore to this year’s show:

Here is what Her Universe CEO, Ashley Eckstein wore.  Yes, that is a dress made of Lego bricks.  10,000 bricks on the dress, weighing in at 20 pounds!  It was beautiful!  Ahsoka lives, indeed! 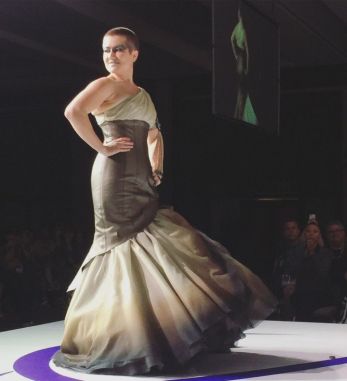 Here is the audience winner, Camille Falciola’s creation “I Solemly Swear I’m Up to Couture”.  The ink appeared and disappeared on the dress itself.  Crazy cool! 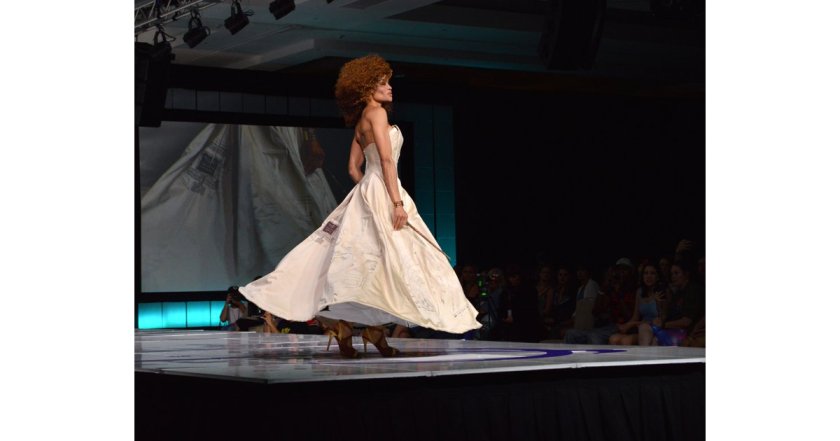 Here is the winner that Scout and I chose, Selina Zawacki “Szmoon” and her creation, “The Always Dress”.  The patronus lights up and disappears.  It was so beautiful.  I wanted to take that one home with me right then and there! 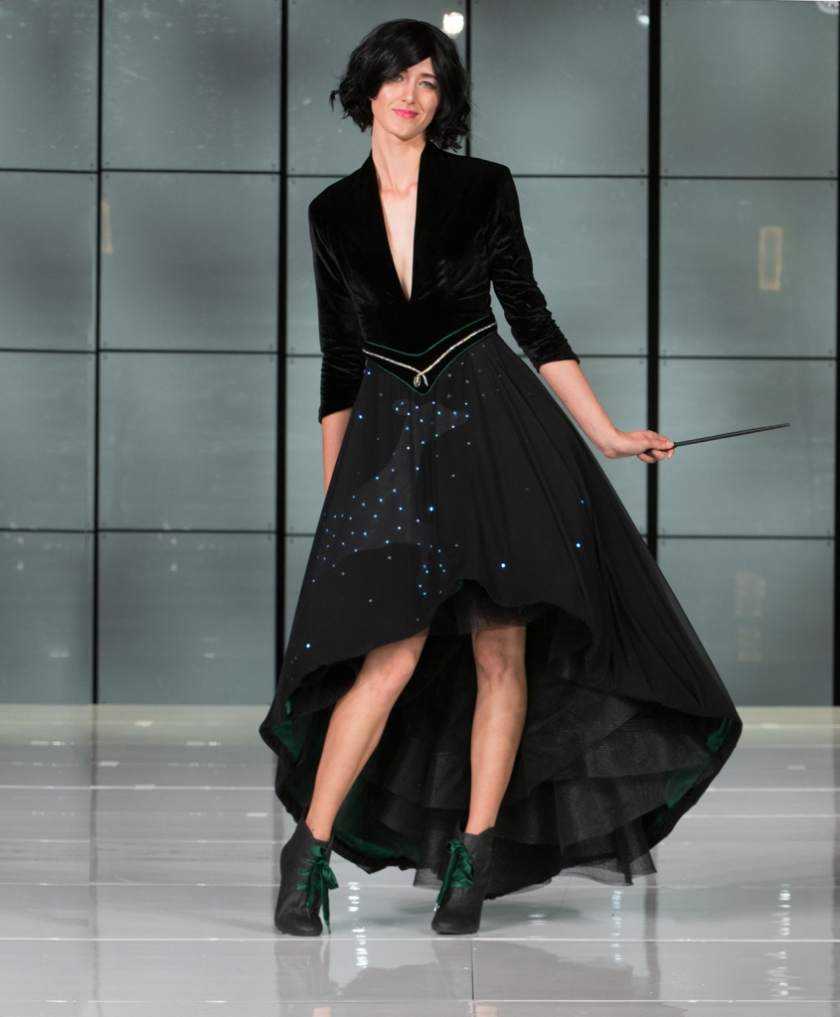 The third winner will be selected on Comic Con HQ soon.

While we were waiting for votes to be counted, if you wanted to walk the runway you could, so guess what Scout the Awesome did?  You guessed it!

She killed it!  I wish I was a better photographer so I could’ve caught her cape flourish at the end of the runway.  I was so proud!

If you ever attend SDCC, I highly recommend going to the show.  To just take in all the beautiful designs and the creative spirit of the event, is just amazing.

OK, next time a recap of the floor, our panel and Hero Within!

Kim Henderson McAndrew is a mom, legal assistant for Discovery networks, author of the book "In Plain Sight: Using Everyday Cosplay To Express Your Inner Superhero" and a huge nerd. She loves nerdy fashion, everyday cosplay in particular. Her main fandoms are Marvel, Star Wars and Disney. View all posts by Kimapult