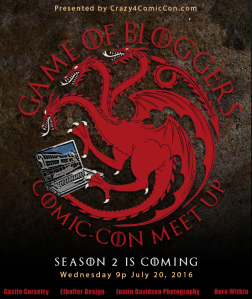 To to kick off the con right, I had planned on attending Game of Bloggers, which is a party hosted by Tony B. Kim of Crazy 4 Comic Con fame.  But… since Tony is now my boss at Hero Within (more on that later), he asked if I would help produce the party.  I was happy to take on the challenge!

In case you were not able to make it, Game of Bloggers is in its second “season” at SDCC playing host to over a hundred bloggers, vloggers and other content providers in the geek world.  The venue was the Dragon’s Den restaurant and lemme tell you, the food, so good!  If you are in downtown San Diego ever, make a stop there.

The party was sponsored by Castle Corsetry, Elhoffer Design, Hero Within, Justin Davidson Photography and WowWee.

DJ Kelly DLux provided the tunes and kept up the energy! 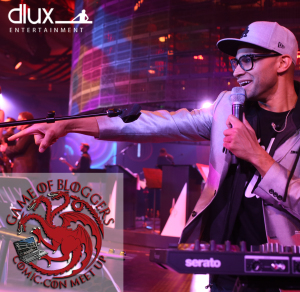 WowWee donated a ton of most excellent nerdy toys for a Twitter giveaway!  How do you make nerds happy?  Give them free robots, that’s how!

Everyone had a great time!  Elhoffer Design had some dresses on display as well as a preview of Hero Within’s first collection, The Justice League! 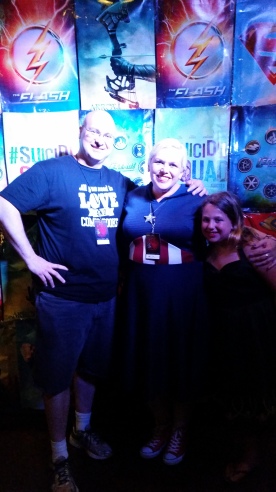 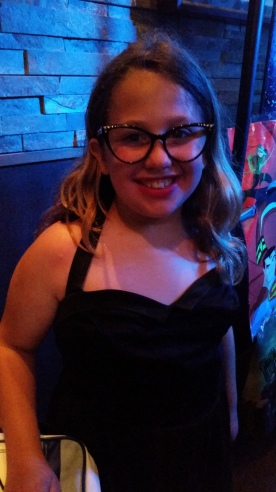 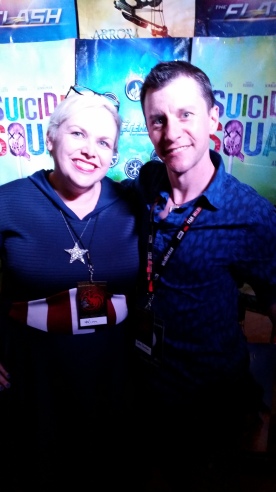 I met a ton of new people and made a lot of connections.  I’m looking forward to next year’s already!

Next time, the Destination Nerd panel and the Her Universe Fashion Show recap.  Until then…